The Inky Paws
The Writing is on the Walls
search 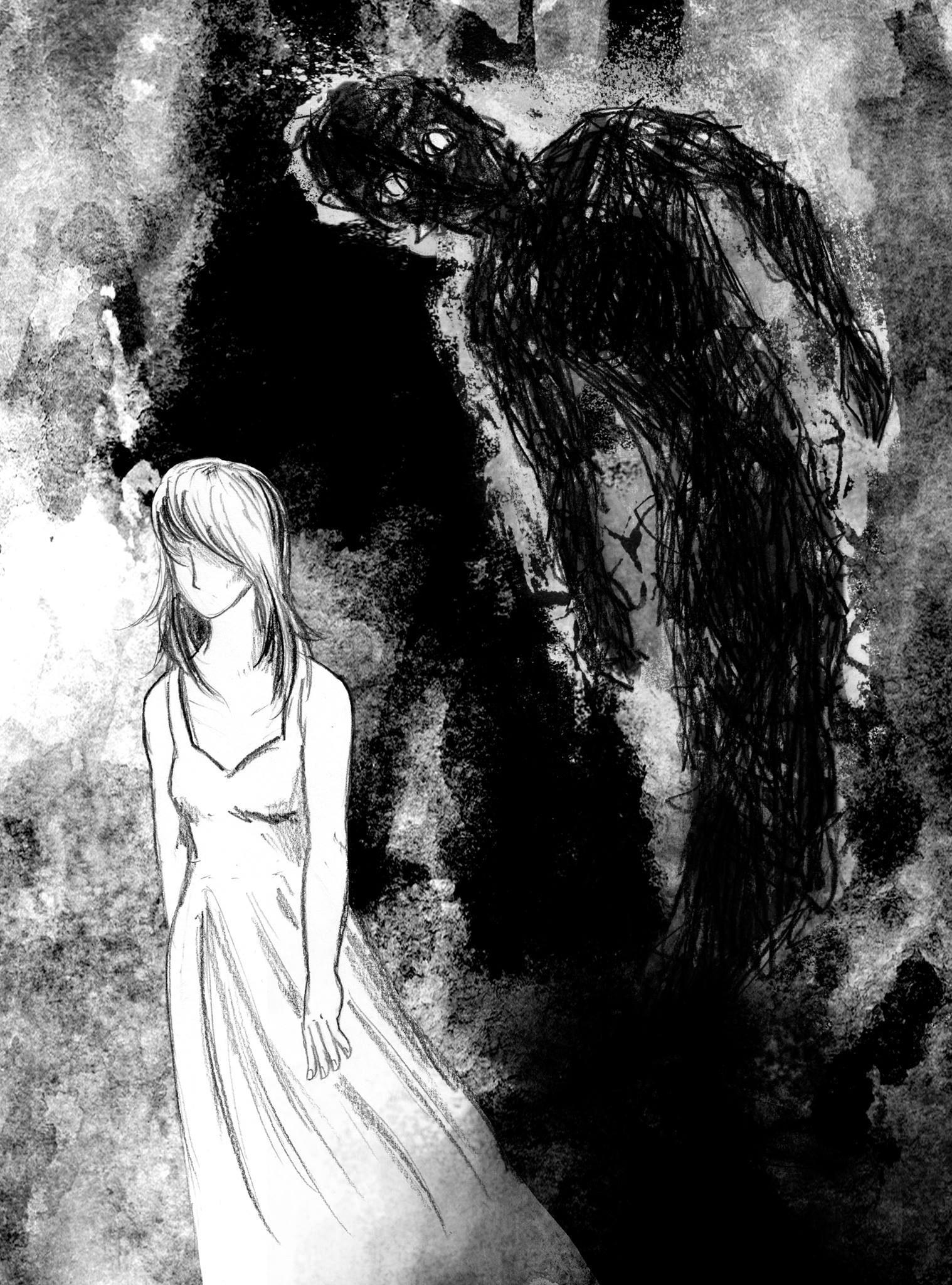 Zathvin’s Lichtenberg scar was throbbing again. As his heart struggled to pump blood through his lanky body, pushing it to race through the trees, he felt it pulse and itch; he desperately wished to stop and address it. But there was no time, for the vicious Spirit that chased fast on his heels would not grant him such levity.

Zathvin heard the sugary sweet voice in his mind as clearly as if it had been spoken aloud, though it had come too late. The Spirit lashed its extended arm from the dark of the trees against his chest, sending him some feet away; the impact left him gasping.

Zathvin was feeling more than a little exhausted, though he was taking great pains not to show it and failing quiet splendidly; this was the sixth Spirit that had attacked him today. First there had been the one in his dreams the evening before, then the one that appeared in the middle of his Oak-Knower clan while they were having their nightly meal – he’d run to keep the rest of the clan safe after that, despite their best efforts to follow after – then the three that had come all at once, scrawny though they were. Each one of them had reeked of wild mushrooms, rotting wood, cinnamon, and smoking earth. It was no accident, they had come to end his life; they all knew who he was, what he had seen, what he was trying to prevent.

He watched the Spirit’s teeth break through the darkness of the canopy, white and sharp, its lips twisting into what might have been a mockery of joyful banter if it still enjoyed the capability of speech, and then he saw it leap – too fast, he couldn’t see! – till it was merely a breath away –

The world was very still, and the impact of the Spirit against an invisible wall was the only sound in that endless expanse between Zathvin’s life and his death. For a terrible moment, time seemed to slow to a stop – he could see everything, the look of surprise of the Spirit’s pasty grey face, the frightened frenzy in its black pits for eyes, the silent flutter of many blue and black wings surrounding him in the perfume of springtime wildflowers – and then the Spirit hit the ground, gasping for breath, its feeble shrieks hoarse and raw.

You must hurry, the friendly whisper breathed against the feather of his mind. I cannot stop it again.

The boldness of his friend – the Spirit Ifess, whom had long ago woven its existence of wind and light to resemble a kaleidoscope of morpho butterflies – was beginning to get rather worrisome. As he attempted to catch his breath that seemed locked in his chest, Zathvin absently wondered for the millionth time if it was safe for Ifess to be here, safe to be near a creature that could affect the Spirit so negatively. Its sudden tendencies had turned more aggressive, so outside of its nature. The day might be fast approaching when he would be called to purify his dear friend, or forced to put it down.

But that was in the future, and right now, he needed to be rid of this grey horror that was fast approaching in returning to its feet. The magic that raged inside him was beginning to wane and fade from the overuse and struggle; already a cloud was moving to blot out his vision, a tingling dissociation climbing up his limbs till they became empty and separated from him entirely.

With shaking hands, he reached into his satchel for a small rhombus, crystalline and blue pulsing with an intense light in the center, irresistible and lustrous, he felt blind holes burn into his vision when he stared in directly for too long. Grinding his teeth at the pain that was to come he turned his nose to the wind and inhaled, drawing the clean scent of Ifess deep into his lungs.

Closing his eyes, he concentrated, feeling the breeze wash against his face.

In one swift motion he clenched his fist around the thin crystal, letting the shards shatter at the pressure and split into his skin. The light poured into his flesh, searing bright and hot, he couldn’t subdue the cry it drew from his throat. Letting the icy concentration of magic melt into his veins, Zathvin relaxed slightly. The leafy forest pulled away from him, leaving only the queer light feeling of weightlessness in his limbs. Paradoxically he felt at extreme ease. Taking another deep breath, Zathvin allowed himself to find comfort in the bliss in his quiet mind, in the intoxicating emptiness, lost in the moment.

I am the wind in the dimness of the forest and trees, I am the evening light settling across the green landscape, I am the scent of the flowers on the wind of –

– there, only the faintest of flickers, and his magic was renewed, if only heightened by a temporary boost. He took to his feet and reached inside his satchel once more. Winds whipped by him, spinning the talisman around his neck engraved with his clan’s insignia as he produced a skull, ghost white and faintly cracked. He held the round sheet of bone in his hand toward the sky, willing it to respond. The empty sockets of the skull lit ablaze with Void-Touched light, and by that very same light the clouds above began to respond and turn angry.

Blinding light flashed across his vision, and he barely had time to blink as the spear of lightning falling down scorched a path through the forest trees before it crashed into the shrieking Spirit. When the light faded, the ethereal horror lay on its side, broken and oozing, a crack of smoke emitting from its back where the lighting had struck it, and the air smelled of ozone. The Lichtenberg scar trailed down its mucus covered skin, to its unnaturally long limbs, and to fingers that were more akin to knives. The eyes were deep black pits on the long face, and for a moment the corruption that had consumed them blew away, and were once again the innocent golden orbs of a Spirit again. They faded.

The quiet thoughts at the back of his mind churned from fading adrenaline, twisting him up in knots. A sudden realization shook him from the chaos of his mind, calling to attention that the Spirit had mostly danced around him rather than make direct actions to end his life. It dawned on Zathvin that he was being toyed with.

Which was just the sort of trick he always fell for. This was all going so wrong. Wrong! WRONG!

If you do not hurry they will spirit the girl away. You must protect her. Ifess’ voice was less a sound and more a feeling, cool and smooth against the small of his mind.

He nodded in understanding. Please, let it work this time, he thought, hand to breast as the hastened to a sprint. Please let it work. Listening closely, he turned toward an outcropping of rocks and plunged wildly into the woods, breathing steadily.

With an act for him as simple as breathing, he opened his mind to the suggestions of the chaos woven between all life. Slowly, his second sight wavered into focus, the ether quickening all around him. Though his body never left the ground of reality, his mind ran alongside him between the here and there. He ascended.

His second sight opened to the forest around him, yet older, laden with a shimmer of golden light. Feeling a gust of wind that blew against his scar not from this side of reality, he recognized the Void all around him. The land of dreams and the sleeping dead pressed against the mortal realm, divided only by a Pale wall between what most would never see. It was a platform of vast knowledge inhabited by the incomprehensible wonders they knew as Spirits; everything that had been and everything that would be, the Void remembered it all. But today he had not come to converse with Spirits and see events of the distance past, but to pass even further beyond, to another reality completely separate from his own, where a young girl was being hunted.

Pressing himself against the walls of here and there, using his already steady movement to help lubricate his travel; he would need to compress the mass of his mind to fit through what amounted to the eye of a needle. Zathvin shuddered as the first of him broke through, the ruptured sharp edges tearing whatever of him they could reach. How he wished he could end it all in one quick push, but that would cause far more damage than he could sustain, liable even to fracture his very mind. So he pushed further against the crack he had managed, gritting the idea of his teeth against the sensation he perceived as pain as the cracks around him fought back to mend themselves.

He could see it now, beyond the Pale rested round the other dimension, not flat like his own; it was filled all with impossibly bright yellow lights that burned without candlelight, tall metal towers that touched the clouds, carriages that drove without hoarses, smelling of burning oil and recycled air. Barely a star was left in the sky.

Forcing his second sight to focus under the cruel glaring lights he reached deeper still, till he could almost make her out among the other similar shapes, the fingertips of his thoughts passed through her own.

Her true face and form were obscured to Zathvin in this otherworldly state, but her essence was not lost to his blind eyes. She was filled with the waters of a clear blue stream and the music of her steps smelled of lavender at midnight. A light radiated from her very being; not the harshness of the burning yellow torchlights, but in an embrace of spring winds and lapping waves.

Vulnerable, untrained, unguarded maid. He had to save her, warn her, had to protect her from –!

All limbs momentarily in the air, Zathvin imagined he must have been tripped by what had no doubt been an embarrassing item, and indeed his eyes confirmed.

It was a root.

Zathvin felt the impact of his skull breaking into the forest floor, jerking his neck at an angle. Ifess was gasping in a flutter, trying to reach out for him but unable. He never saw the swarm of butterflies, not even when his feet finally fell to the ground. If this is another dream, it is time for me to awaken. If this is real, it is not yet time for me to die.

All he could see through the Pale was the girl, the vision of her fading, the blackness creeping into his vision. His mouth opened. His second sight was fading, shrinking, dying. Zathvin sucked at the air desperately, even as the blackness was consuming him. Never before had his failures been so grand.

He shouted her name. 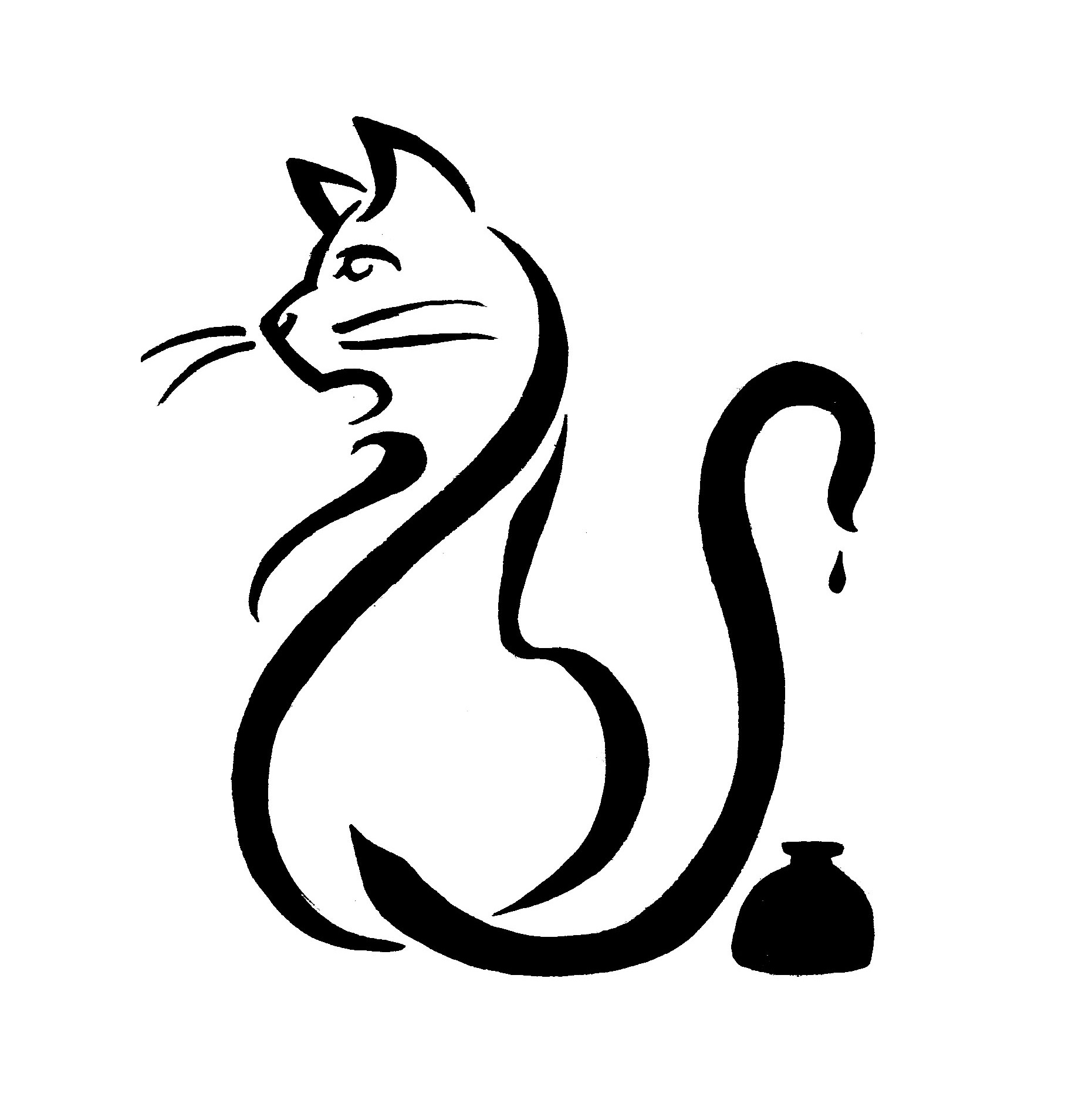 Let me take you to a fantasy land of my own design, Trevel, where magic is a source of both life and strife. There, in the once neutral and free city of Rhinon our adventure will begin, caught in the middle of the Asherus Invasion. Join me every few weeks or so for a tale of danger, romance, and adventure.